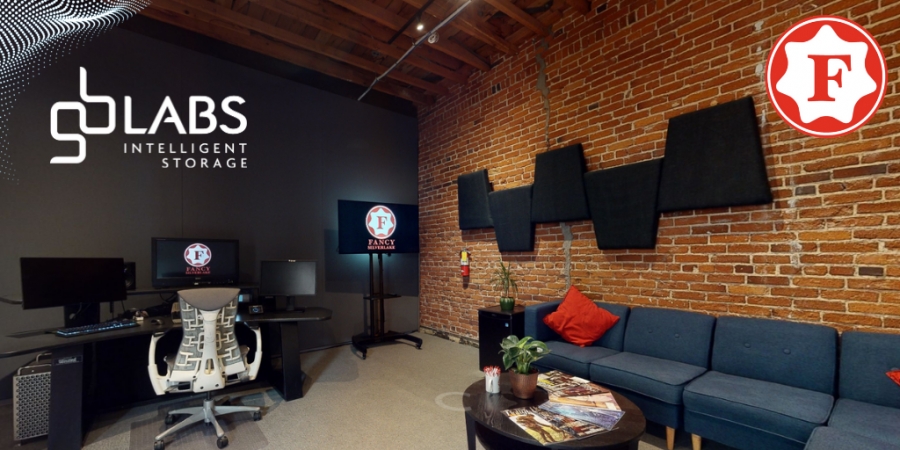 Tony Shek, Fancy Film CTO, said, “We were rapidly getting into 4K finishing and HDR Dolby Vision, which meant that we had to start looking for shared storage that was fast enough to run in real-time but was also cost effective. We researched a lot of companies, but in terms of cost effectiveness, the quotes we received were anything but.”

Fancy Film Online Editor Jacob Fisher added, “When high volumes of ultra-high resolution content starts pouring in, you need the ability to work on that content from multiple workstations at speed, which at the time was a capability we didn’t have.”

Rave reviews during NAB 2019 from existing GB Labs storage users convinced Shek that he may have located a solution. A subsequent referral from a user to GB Labs’ West Coast representative and installer, New Media Hollywood, meant that Fancy Film had found what it needed in FastNAS.

FastNAS shared storage combines the benefits of hard disk and solid state drives in a single device and has become the high performance storage system of choice worldwide, all at a highly affordable price point.

Shek said, “We took on a high-profile job, and even though we knew ahead of time that the majority of the footage was going to arrive in ultra-high resolution, it was a relief to discover soon into our trial with FastNAS - during which we pushed it to its limits for a solid week - that we didn’t have to worry. It just worked. The FastNAS system didn’t even break a sweat. All we had to do then was focus on the creative, and the results are marvellous.”

Adi Antariksa, GB Labs Chief Business Officer for the Americas said, “It’s deeply gratifying to have our storage systems deliver on what they promise, and then some, especially when it comes to household brand projects like this. We look forward to continuing to support Fancy Film in current and future projects as we get almost as much satisfaction from their success as they do.”