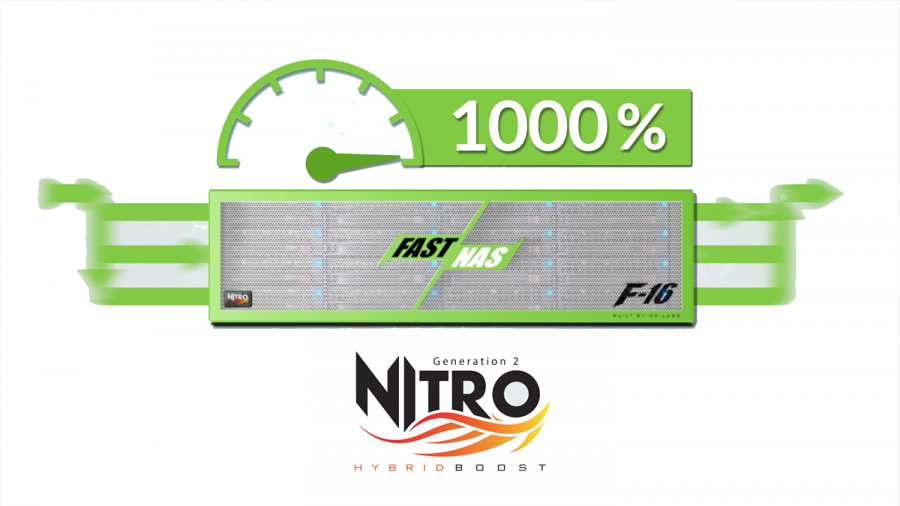 Aldermaston, UK, 08 November 2021: GB Labs, innovators of powerful and intelligent storage solutions for the media and entertainment industries, has introduced a completely new version of its revolutionary FastNAS technology. FastNAS Generation 2 can deliver up to 4GBytes/sec real deliverable network performance and is up to ten times as quick for mixed tasks compared to the previous generation.

Production and post production workflows today are becoming ever more complex. Storage systems have to support not just ingest and editing but rendering, archiving, cloud access and increasingly, collaborative remote and home working. All of this together puts a lot of strain on shared storage, which is now expected to support large numbers of concurrent processes, which in turn places an exponential load on available bandwidth.

FastNAS is built on three unique key technologies from GB Labs, each of which sees a major revision to achieve this dramatic speed boost. At the heart of the product is the Velocity RAID engine (VRE) which controls and manages the disk array. The new version adds increased intelligence, aimed at delivering more performance from a simultaneous mix of tasks.

VRE is coupled with Nitro, the GB Labs NVME acceleration tool, which gains a large speed boost in revision 2. On top of that is layered Blueshift, which enables the specialist architecture of FastNAS to sit on a conventional network and deliver to clients over standard protocols. This ability to serve media content with very low latency to large numbers of concurrent users is a unique benefit from GB Labs.

“In any normal storage system, simultaneous read and write of data is the overhead,” explained Dominic Harland, CEO of GB Labs. “The more simultaneous accesses and processes, the more latency builds and thus the overhead grows exponentially. This is why users become dissatisfied with the performance of shared storage. FastNAS generation 2 is built to mitigate this significantly.

“FastNAS uses our own specified hardware and software to alleviate these constraints,” he added. “We were always leading on performance: this new version puts us far ahead of the competition. And we are doing it at the same price point as before and retaining our unique plug-and-play ability: you can take our product out of the box and be managing content within 15 minutes with no specialist engineering assistance.”

The new version of FastNAS is launched on 9 November 2021, and is available for immediate delivery from GB Labs.