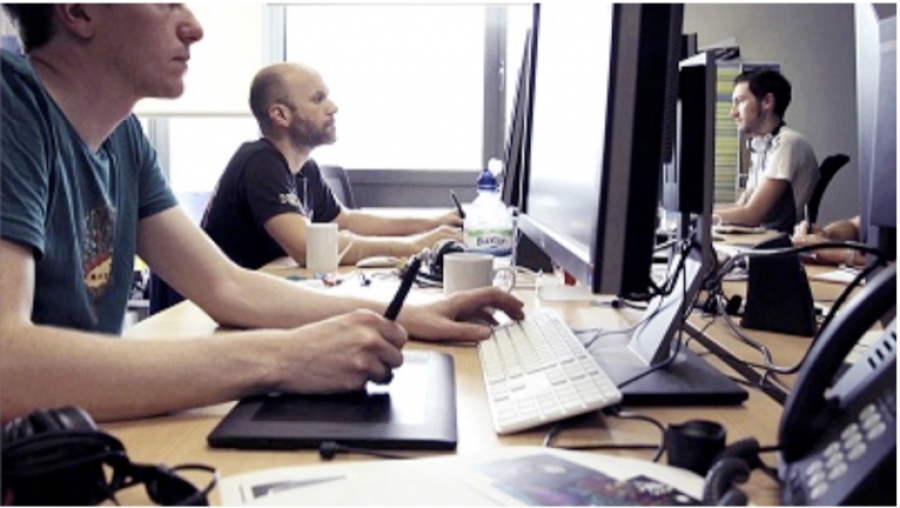 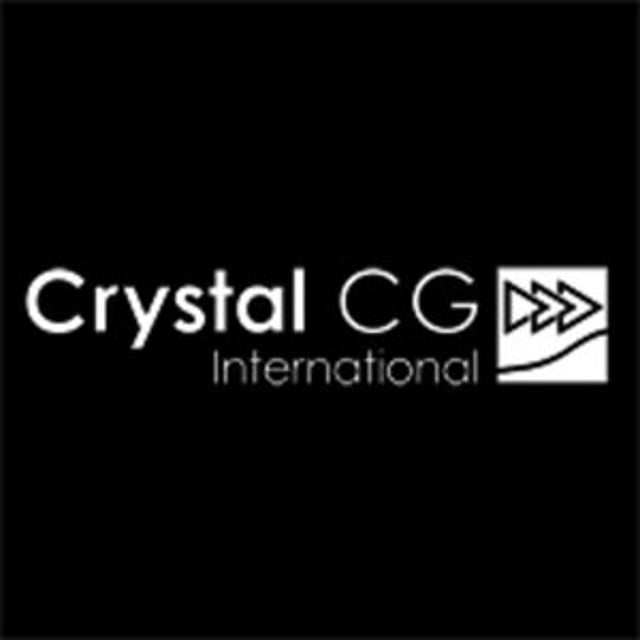 As a highly visual form of entertainment, much of the emphasis of the Games was on creating and delivering an immersive media experience, with motion graphics displayed in and around every venue.

To meet this huge technical and creative challenge, the organising committee, LOCOG, turned to Crystal CG International, one of the world's leading digital media companies. It relied on the skill of its team and the power of central SSD RAID storage to deliver the project.

"We have unsurpassed experience in static and dynamic imagery, digital animation and interactive virtual reality." Remarks Ed Cookson, Project Director. "We employ the best that technology can offer to help our employees illustrate their ideas and designs."

For the London Games, Crystal CG were tasked with producing as many as 3,000 video clips and motion graphics for the in-venue Games presentation, and over 14 hours of animated content for the massive scale opening and closing ceremonies.

The organisation was also responsible for 3D venue advertising, for broadcast fly-throughs and as training aids. 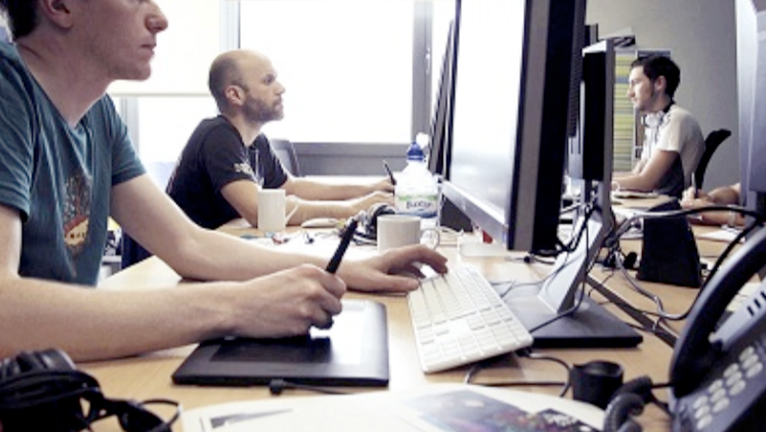 The project required 80 creatives and prducers in all working side by side over a concerned period to produce media of the highest quality.

At the same time, data security and confidentially were of paramount importance. Just as demanding were the guidelines from the games organising committee LOCOG and the creative guidance from Director Danny Boyle and his creative team.

As a result, there could be no compromise on either creative results or project deadlines. The smooth running of the network and client computers was critical. Employing a variety of professional software tools including Adobe Effects and Autodesk 3ds Max on the same network demanded 10 Gigabit Ethernet infastructure to manage the massive flow of data between storage servers, render farms and clients workstations.

At the heart of the network was GB Labs' Space SSD: "We need a central storage unit that could serve data to up-to 80 online users, concurrently and at full speed. Our research into the available options came up with on viable solution: Space SSD." Notes Cookson.

The storage was installed by London-based reseller and systems integrator, NMR. Its MD, Neil Anderson, commented:"Using 24-drives, Space SSD is exceptionally fast in its own right. Adding three EX SSD devices expanded the number of drives to 48 and the system capacity to 28.8TB. This also increased the speed even further. We recorded sustained read/write speeds in excess of 6,000MB/s - enough to support 200+ ProRes streams, something no SAN can match. Space SSD was the ideal match for this project and, in fact, we don't know of any solution that could deliver anything like the performance of the GB Labs System."

Space SSD is an excpetionally high speed central storage system that is optimised for video and media workgroups. Using Ethernet protocols, it connects Gigabit and 10 Gigabit networks without the need for specail hardware adapters, client software or licenses on workstations. As a super tier 1 device, it can sustain 4K DPX sequences or more than 40 uncompressed HD streams.

And with Ethernet connections saturated with data, network slowdown is avioded. One of Space SSD's key features was vital for the Crystal CG Studio. Its use of Mac and PC workstations needed a highly versatile storage system that could co-inhabit a multi-OS environment. The system also had to be integrated with the studio's networked animation render farm which was in use at the same time as desingers were busy at work on their respective workstation.

"From our years' experience working in highly pressurized media customers, we know that downtime - or even slowdown - is not an option. Nor is time wasted configuring and re-configuring operating systems and client adapters to fit in with the special demands of the central storage. This is why we built Space: it has none of these issues." Said Ben Pearce of GB Labs.

"We are also motivated by data security and accelerated workflows, so the 32TB Space Echo tier 2 nearline system that Crystal CG installed was configured to automate backups from the online system using tool we buid into the storage itself." Pearce continues.

Supplying graphics for all venues, in many resolutions, in varying aspect ratios, and accross multiple locations, the main issue for the the project team became managing assets and prioritizing jobs. Most notably, the team had to design graphics to appear on thousands of tablet panels spread accross many tier of seating in the main stadium. This kind of innovation in display technology required a new approach to creative projects.

As a consequence, Cookson concludes: "Managing the creative teams, the creative processes, the project workflows and delivery schedules was a massive challenge. Thankfully, our Space SSD storage never once added to those concerns. It is very capable and very complete solution."