The ultimate event for media, entertainment and technology professionals. 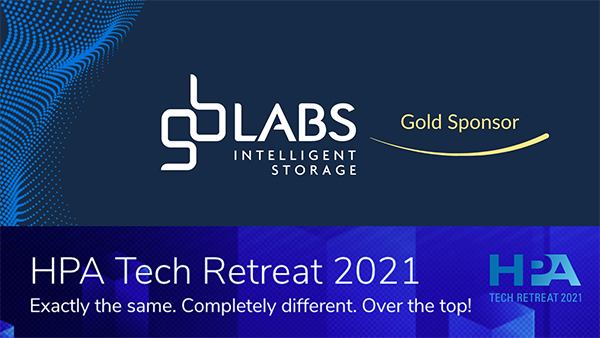 “I was fully aware that there were a lot of storage systems on the market, including DIY options and others that I already knew were far too expensive to even consider. But during this exploratory period, I kept coming back to GB Labs partly because of the relationship I had developed with them, but also, of course, because what GB Labs had to offer increasingly made sense for my short and long-term needs. We soon started talking more seriously, and even though I didn’t really have much of a budget, they offered to loan me a test system with a 10GbE connection, which was exactly what I was looking for at the time.”

“Having FastNAS F-8 Nitro Studio has removed the insecurity about the state of our local data backups. We now have a single solution rather than five. It’s saved us having to keep running out to buy more hard drives for backups. We now have a pretty nice size 20TB backup at our disposal and we can offload from there once we’ve done archival work onto other drives. Our FastNAS has made that process a lot smoother because it’s a single, fast location that everyone is connected to. The FastNAS F-8 Nitro Studio is nothing short of amazing.”

“Having invested previously in SAN technology, the team was well aware of fibre channel’s shortcomings, especially the cost of client licensing, the performance issues and the high level of support needed. The SPACE NAS, expanded with EX units to 192TB, now resides at the centre of the creative workgroup.”

“We urgently needed a video storage solution that would house all video assets in one place, enabling our entire team to simultaneously use that repository as both source and destination for all video editing needs. We also wanted local redundancy and support for off-site backup, plus extended hardware and software support. We found all of that, and more, in GB Labs FastNAS and its Nitro boost technology.”

“GB Labs gave us the best value for the type of system we were looking for, with an equally sound solution for expansion. The GB Labs FastNAS F-16 Nitro has provided the capacity, speed and expansion options we were looking for, and did it all within our budget. In the time we have had it, FastNAS F-16 Nitro has proved to be very reliable; and the transfer speed has helped streamline our post production workflow as well as enable multiple editors to collaborate on the same project.”

“Well, what SPACE has done for our workflow is a little bit of a blessing, and a little bit of a curse. All of our broadcast divisions used to make a podcast; livestream it; and within 48-hours post the podcast to the internet for people to watch. It’s now reached a point where what used to take 48 hours can be turned around in three to four hours. And that’s film, dump to network, index and work with footage, edit, and upload to the internet. The amount of performance we’ve been able to get out of the system is great, but we’ve created an expectation within our community that we can release videos three to five hours after they’re filmed - every time - which is not always possible! Because of SPACE, we’ve become a victim of our own success.”

GB Labs is continuously empowering creative workflows for some of the best-known names in the media and entertainment industry.